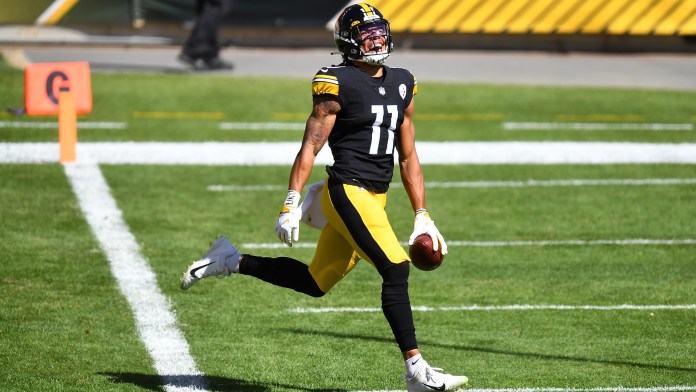 This is not a great week for waiver wire pickups. I’m sure there will be leagues where guys will burn their #1 waiver pick or spend big FAAB bucks on Claypool or Mattison, but I would not recommend that. I just don’t see any of these guys as season-changing pickups. The only exception is Mattison in the event Dalvin Cook misses serious time, but that does not appear to be the case.

Still, target these young rookies like Claypool and Higgins. I love owning rookies in fantasy because there’s so much potential upside. The way I look at is that every rookie WR could be the next Odell Beckham, and every rookie RB could be the next Alvin Kamara. Those guys were almost immediate superstars in their rookie seasons, and they were cheap as hell to obtain. Imagine being able to add a guy that produces like a first-round pick for almost no cost. That’s going to take your team to the next level no matter what.

You just don’t know how good these rookies are going to be, and it could turn out they’re the next breakout NFL stars. Rookies are usually cheap to obtain (with the exception of Clyde) but have very high potential upside. Don’t take this as if I’m saying Claypool and Higgins are the next Odell Beckhams; my point is they could be future NFL stars