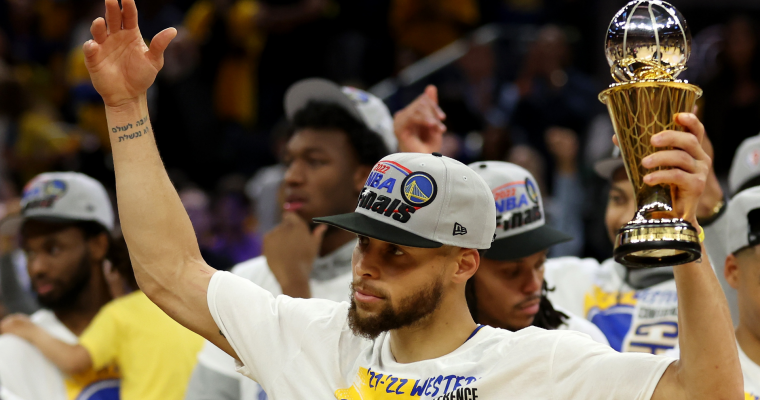 I started this post in the fourth quarter as Boston was desperately trying to come back so I’ll just get all my thoughts out here as the game winds down:

Let’s get more into the stats from the game.

First and foremost, Jayson Tatum. He didn’t play well in Game 5, and tonight he finished with just 13 points on 6-18 shooting. He had 7 assists, but 5 turnovers. He played 40 minutes. It was a very uninspired performance if you ask me. That was a do or die game, and he laid an egg.

I think it’ll probably come out in the next few days that Tatum has been dealing with an injury to his shoulder, at least that’s the speculation going around, but the fact remains that it didn’t keep him off the floor at all and it hasn’t been mentioned officially. I just think the moment was too big for him more than anything. I don’t think he was mentally and emotionally ready to lead his team to an NBA Championship.

Through 5 games in this series he was averaging 23-7-7 on 37% field goal shooting, a marked drop-off from both his 2022 regular season numbers, and his playoff numbers. Hats off to Andrew Wiggins for doing a good job on him defensively, but I just didn’t see anywhere near the appropriate level of aggressiveness out of Tatum in this Finals series. He’d been having a very good playoffs up until the Finals–remember that 46 point explosion in Game 6 against Milwaukee down 3-2 in the series on the road? His 39 against the Nets in Game 3 to all but end the series?

Tatum slowed down a bit against Miami but he was still good.

All that said, we should not close the book on him by any stretch. He’s still one of the league’s most promising young players, and he’s only 24 years old. We should not be too harsh on the guy. He’s still developing as a player, and learning how to be a superstar and a leader. I am still very bullish on him long-term, and I think eventually he’ll be a consensus top-10 player in the NBA. Just not yet.

As for the team stats in this game, we have yet another game in this series where the undersized Warriors outrebounded the Celtics. This time it was fairly close, 44-41 overall with the Warriors taking a 15-11 edge in offensive boards. Boston won points in the paint 38-32, but it wasn’t enough of an edge to make up for their -7 deficit in points off turnovers (27-20 GSW advantage).

Turnovers were again a big part of the reason Boston lost.

Next point, because I know this is going to be the conversation on social media: yes, Steph now has the same amount of rings as LeBron. But no, this does not mean Steph is better than LeBron. Steph and the Warriors had to recruit KD in order to beat LeBron. They could never beat him on a level playing field. (Don’t even bring up the “Steph was injured in the 2016 Finals” nonsense: Steph didn’t miss any time in that series. And nobody was talking about his injury when they were up 3-1.)

As far as I’m concerned, because of the fact that KD joined the Warriors, there is no chance that either Steph or KD can ever be in the same conversation as LeBron. LeBron is the GOAT. Steph is an all-time, Pantheon-level great player. But he’s not in the GOAT conversation.

That’s not to detract from Steph or anything, because it’s not even fair to compare him to LeBron. It’s not fair to compare anybody to LeBron, in my view. But this is what’s going to happen, inevitably, because the discourse around the NBA is so toxic and stupid.

The real conversation that’s actually worth having is this: is Steph now ahead of KD all-time? I think that’s a very interesting discussion, personally. Steph has two regular season MVPs to KD’s one, but KD has two Finals MVPs to Steph’s one. When they were on the same team, KD was definitely the #1 option, and won Finals MVP twice over Steph. But the Warriors also won two rings without KD. Sure, one was kind of bullshit, 2015, because the Cavs were decimated by injuries. But this ring has no real asterisk next to it.

Sure, you could say the Warriors had an easy path: the Nuggets without Murray and Porter, the Grizzlies without Ja for a good chunk of the series, and the overmatched Mavericks who had Luka and not much else in the Conference Finals. But this Boston team the Warriors just beat was legit. They were the best defense in the league. They swept the Nets–KD and Kyrie couldn’t do a thing against this Boston team. So for the Warriors to dismantle this Boston team like this, that’s a feat.

In the back of my mind, I’ll always be a bit underwhelmed by these playoffs because the Nets were deeply flawed, the Lakers ruined their roster by adding Russ (plus all the injuries in the regular season that doomed things), Kawhi was out for the year, and Middleton’s injury doomed the Bucks in the postseason. But the Warriors can’t be blamed for that. They could only play the team in front of them.

Anyway, the Steph vs. KD debate is really interesting. I really don’t know who I think is better all-time now after this Finals series. My initial thought is KD, but then I just look at all Steph’s success without KD, and how KD was not nearly as successful without Steph and the Warriors around.

Final point: Boston easily could’ve won this series. They were up 2-1, and had a lead in the 4th quarter of Game 4. They could’ve gone up 3-1 if they just closed out Game 4.

But instead, they let Golden State go on a 17-3 run to close that game out, and it changed the series. Boston was never the same after that. I wondered in my article on Game 4 if that game may have broken Boston mentally, and I think the answer was pretty clearly yes looking back on it.

Now, I certainly think physical exhaustion had a lot to do with Boston’s collapse in this series, but the Warriors were tired, too. Everybody’s tired in the Finals. Both teams have played a ton of basketball to get to that point. The teams that win in the Finals are the ones that have the mental toughness to fight through the fatigue and exhaustion. Boston clearly couldn’t do that.

We can go over all the turnovers and all the things Boston screwed up in the final three games of this series, but we’ll do that another day. It’s kind of a moot point right now.

But Boston absolutely could’ve won this series. It all turned in the 4th quarter of Game 4.