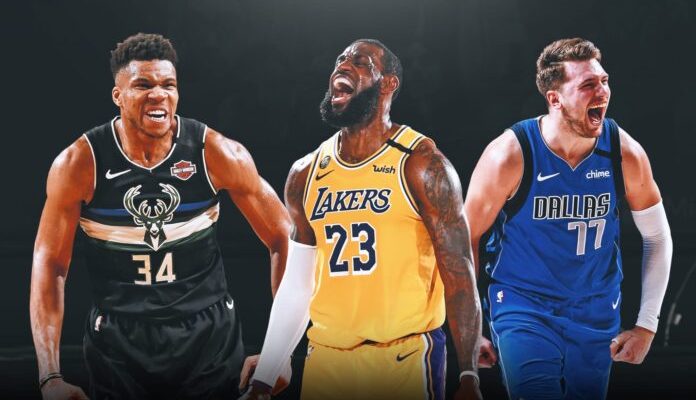 I decided to tweak the TNC formula to factor in the percent of a player’s made field goals he is assisted on. I just feel like the current formula is still a bit skewed towards big men.

A thought occurred to me, after updating the rankings and seeing that Bam Adebayo was ranked ahead of Paul George: centers and big men generally don’t create their own baskets. Somebody else does, via pass or lob. Luckily Basketball Reference keeps track of “percent of made field goals assisted on” for every player in the league, so we can see how good guys are at “creating shots.”

To make a long story short, I figured out exactly how many of a player’s made field goals per game were unassisted, in other words, he “created” the shots himself. I then just divided the number by 2 and added it to the total TNC column. I felt the TNC formula needed this nuance, because not all points are scored the same way. You could be a center who relies on lobs, passes, tip-ins, etc. and score 20ppg, but then there could be a wing player who actually has to create his own shot, find space in the defense, beat his man off the dribble, etc.

I understand that a point is a point, but there is a degree of difficulty scale here. I wanted my rankings to recognize and reward the guys who consistently get tougher buckets instead of pretending an alley-oop is the same degree of difficulty as a step-back three with a hand in your face.

And we don’t have to worry about rewarding “chuckers” i.e. guys who just jack up a ton of shots, because the formula already penalizes players for missed field goals.

The end result is, as you’ll see, Paul George is now slightly ahead of Bam Adebayo. I now have TNC ratings for 500 NBA players, but I’m only going to include the top 100 here:

Jokic is still #1 in the league. The top 10 is largely unchanged, maybe a few small moves.